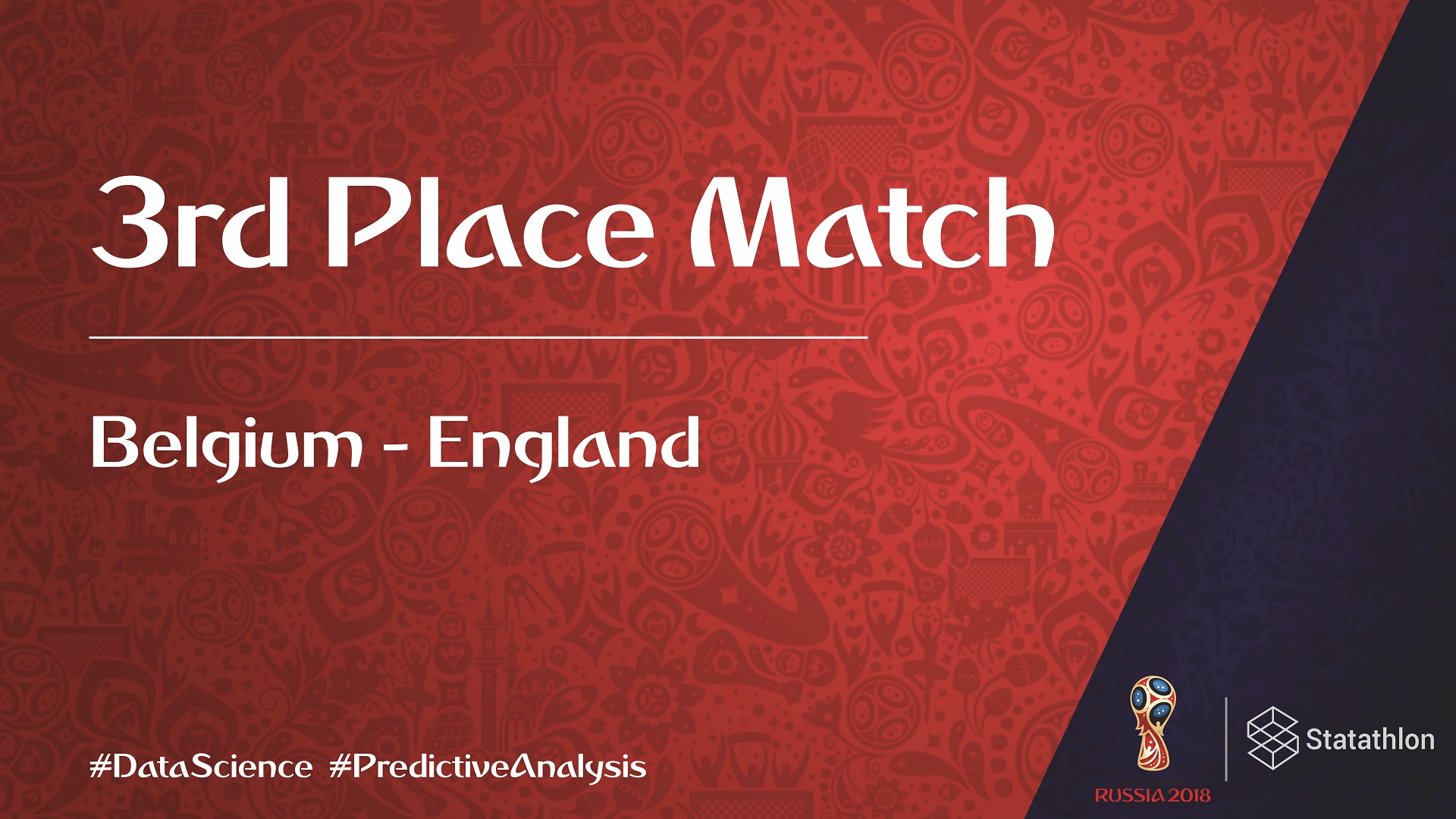 This report is focused on the analysis for the third place of the 2018 World Cup, between Belgium (FIFA ranking: 3) and England (FIFA ranking: 12). The team of R. Martinez, lost the semifinal game from France with 0-1 and eliminated from the final. Belgium, is focused now on winning the third place, which is going to be the best of its history. On the other hand, the team of G. Southgate, has also lost its semifinal game from Croatia with 1-2. England and Belgium will play for a second time during the Russian World Cup, as they were on the same group, during the first round of the World Cup (Belgium won that game with 1-0).

The projected indicators for the game:
The referee is expected to show at least 2-3 yellow cards during the game. England is projected to have higher pass success rate than Belgium, while Belgium is expected to try more shots on target than England. Finally, it is expected that both of the teams will score at least 1 goal.