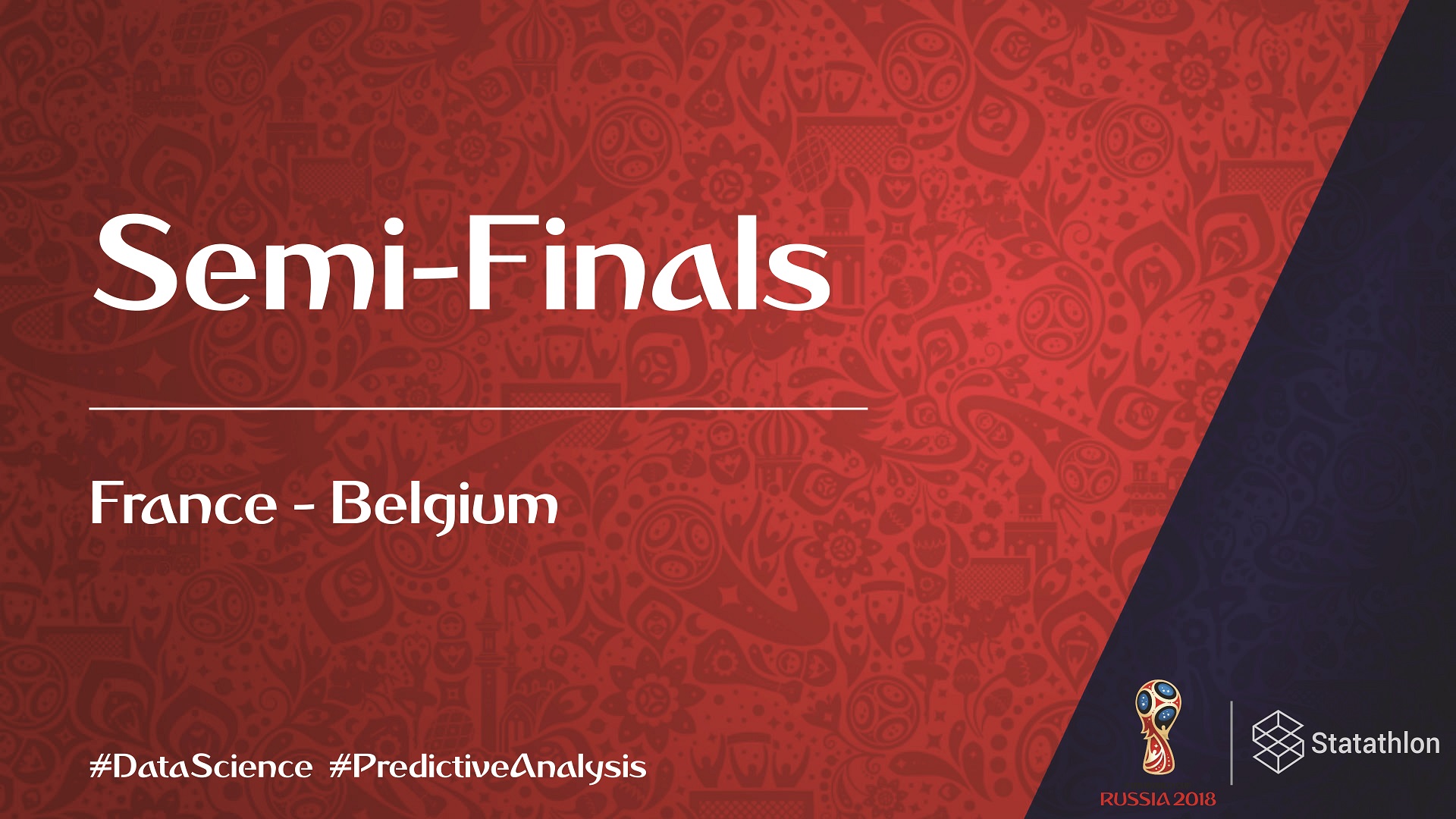 This report is focused on the analysis of the first game of the semifinals, between France (FIFA ranking: 7) and Belgium (FIFA ranking: 3). So far, The team of D. Deschamps is undefeated in the tournament (it has 4 wins and 1 draw). France, managed to win Uruguay in the quarterfinals and proceed to the semifinals for 6th time in its history. On the other hand, the team of R. Martinez has so far 5 wins and the best offense in the Word Cup (Belgium has scored 14 goals). Belgium, reached the semifinals for a second time in its history; after eliminating Brazil in the quarterfinals.

Explore the second semi-final between Croatia and England here.