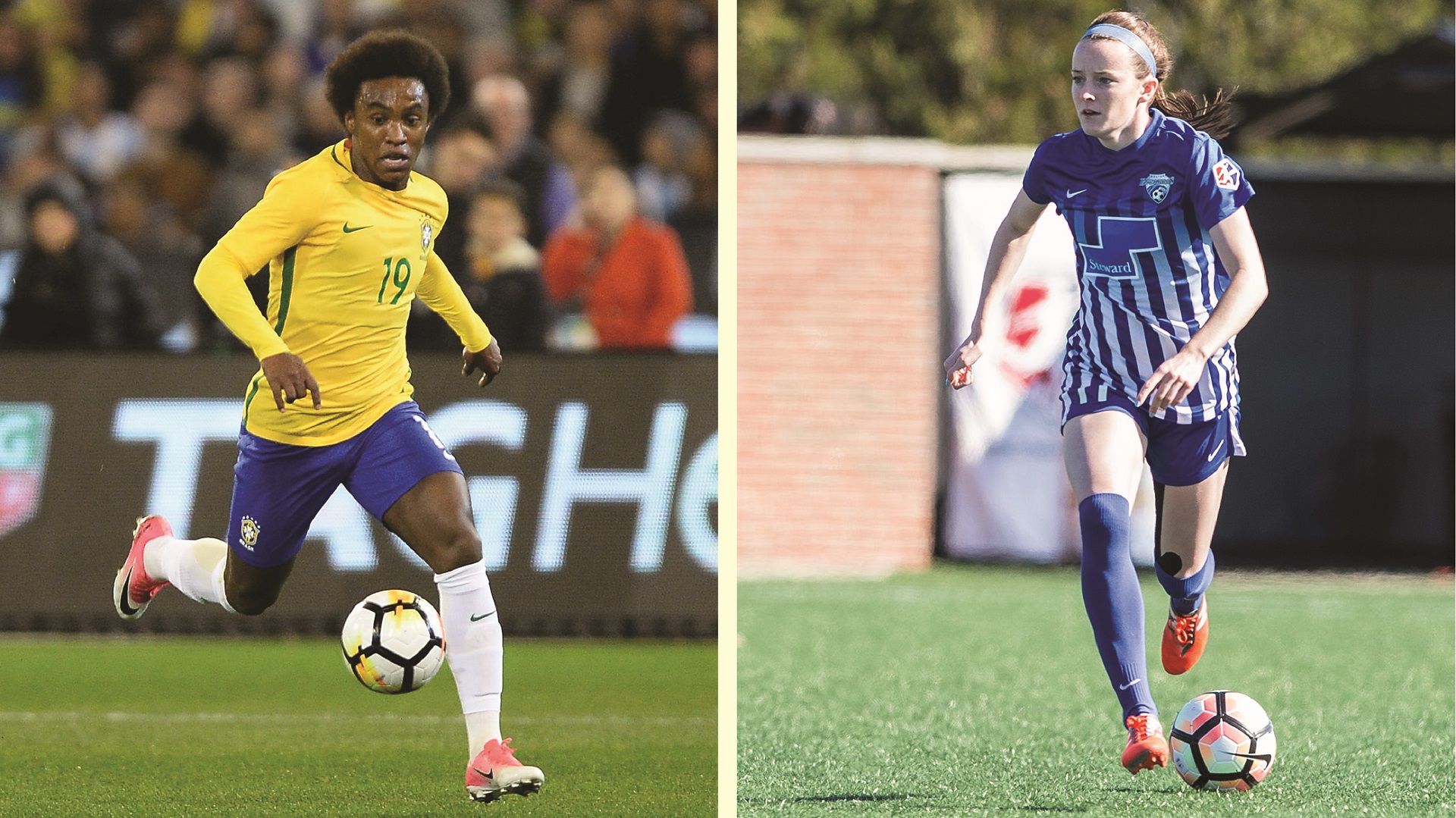 The In-Game Comparison Between Male and Female Footballers

Soccer was considered as a “male” sport for decades. This worldwide assumption was not completely random taking into consideration that the first male Professional footballer is dated back to 1885 while the first female professional football player is dated back to 1972. This research is focused on the in-game comparison between men and women the last 20 years.
It is a fact that football is way more advanced as a business on men than on women. The medium annual salary of a female professional footballer in the United States is 60% lower than the medium annual salary of a male professional footballer. Yet this situation is going to be changed in the years to come. According to a recent scientific research, women’s football industry has increased its market size by 4 times since 1999 and has become the third biggest sport for females after Basketball and Volleyball.

Even though female football has a huge gap to cover in order to reach the market size of men’s football industry, the in-game performance comparison could provide significant insights about the present. The main goal of this research is to compare the attacking performance (scored goals) between men and women.

The research is split in two parts:

The research is focused entirely on National teams for both genders. FIFA World Cup, UEFA EURO, Copa America and the Olympic Games are the four tournaments that are included in the sample. The dataset contains data from the past five competitions. These competitions are:

FIFA World Cup is the most prestigious soccer tournament in the world. Millions of fans are looking forward for this competition every four years to watch the best professional players in the world compete each other and produce a high-quality soccer scenery. Yet, for women’s competitions the average attendance is significantly lower than men’s.

The fact that spectators prefer to watch the men’s tournament than the women’s is not supported by the in-game comparison. The graph above illustrates that Women Professional footballers have produced 32% more goals the last five FIFA World Cup Competitions than men. The average goals for men the last five FIFA World Cup Tournaments were 2.484 goals per match while for women this number was 3.693. It is an important insight than even without the normalization of the data, the women were above men in terms of average goal productivity in all including FIFA World Cup Competitions.

According to the graph above, the women’s first tournaments had a very low goal productivity. Yet, this situation changed and in the last 3 competitions women scored more goals than men. The average scored goals per match for men the last 5 tournaments were 2.592 and for women 2.815. It is also important to mention that men’s goal productivity had a tremendous drop from Copa America 2007 in Venezuela to Copa America 2011 in Argentina.

UEFA EURO is the second most popular national tournament after the FIFA World Cup. The National teams that participate have the most expensive coaching and science staffs. The first UEFA EURO competition for men is dated back to 1960 in France, while the first tournament for women was dated back to 1987 in Norway.

The final competition that is included in the sample is the Olympic Games. The Men’s tournament was added to the games in 1900 while women had to wait 96 years to participate in the same tournament as an official sport (1996). Yet, there is a significant difference between men’s soccer tournament and women’s. Men’s squads include only U23 athletes. This situation affects the comparison and it has to be tested if there is statistical significance in difference of goal productivity of men U23 and non-U23(Using FIFA World Cup data). T-test method (Two-tailed, Heteroscedastic) will be used to check if the scored goals in these two categories differ significantly. The Null Hypothesis (H0) suggests the equality of two means mean1=mean2 and the confidence level is 95%. The p-value is estimated at 0.146 which does not reject the Null Hypothesis so the two means have no statistical difference.

The graph above shows that women had a very consistent goal productivity with a slight increase since Olympics 1996 in Atlanta. In contrary, men showed great discrepancies in their attacking performance. For men, the average goal productivity per tournament was 2.869 and for women 2.949.

The graph above shows the countries that have participated in the semifinals in one of the last 5 FIFA World Cup Competitions for men and women. In men’s tournaments, Germany had 4 presences in the semifinal process, while Brazil and Netherlands followed with 3 qualifications. For women, USA had 5 presences in the semifinal process, while Germany followed with 3 qualifications. A very interesting part is that USA has participated in semifinal stage every time since the establishment of the FIFA World Cup for women.

The graph above adds the numbers of National teams described in the paragraph above and using a map diagram, illustrates the most successful countries in both genders in the last 5 FIFA World Cup tournaments. Germany is ranked first with 7 presences in the semifinal process for both genders while Brazil and USA follow by 5.

Copa America is inconsistent in terms of the National Teams that have been reached the semi-finals the 5 previous competitions. For men, Uruguay is ranked first with 4 presences. Argentina follows with 3 qualifications. Women’s statistics had two countries with 5 presences in the semifinals: Brazil and Argentina. Colombia follows with 3 qualifications.

The map graph above has combined the male and female statistics for Copa America. Argentina is the winner of the continent with 8 qualifications in the semifinals the last 5 tournaments for both genders. Brazil is ranked 2nd with 7 qualifications while Colombia and Uruguay had been reached the semifinals 5 times.

The geographical differences of successful countries between men and women in the UEFA EURO are very interesting. For men, Germany and Portugal are ranked first with 3 qualifications to the semifinal stage followed by Spain, France and Italy (2). In women’s category, Germany and Norway lead with 4 qualifications in the semifinals while Sweden and Denmark follow with 3 presences.

In the map graph that combines the results by both genders Germany ranks first with 7 qualifications. This country is followed only by Norway and Netherlands with 4 presences in the semifinal stage. It is a clear result that Germany dominated the European soccer scenery the last 20 years in both genders.

The combination of the qualification to the semifinals for men and women provide the clear picture for the whole tournament the recent years. Brazil is ranked first with 7 qualifications the last 5 tournaments in both genders, followed by Germany and USA with 5. The interesting part is that Brazil had all its presences in the semifinals since the Olympic Games at Beijing in 2008.
The analysis above used mostly visualizations and descriptive statistical models. The most successful country in global stage is Germany for both genders. The country is only followed by Brazil and USA. Germany also dominated the European soccer in both genders rejecting the assumption that Scandinavian countries in women soccer and Mediterranean countries in men were always one step ahead from the competition in the continent. In Latin America, even though Argentina is ranked first in Copa America, Brazil’s strong performance in the Olympics alongside the second place in the Copa America ranking is enough to rank the host country of the last Men’s FIFA World Cup and Olympic Games as the most dominant country in the sport for the whole continent.

The main goal of this research was to examine if the assumption that women’s soccer performance is lower than men’s. This hypothesis was rejected. The statistical analysis above, showed that in all competitions that were included in the sample women were more productive in terms of scored goals than men. Women’s soccer industry has a huge gap to cover to reach the men’s industry’s value. Yet, taking into consideration the annual growth of 30% that women’s soccer shows in market values and the high numbers of in-game performance (goals productivity) that were analyzed above the gap could close with great velocity and in less time that was anticipated some years ago.

Excelle Sports, 2017. This revealing infographic shows you everything you need to know about soccer’s crazy growth and pay gap. [Online]
Available at: https://goo.gl/6wTQM5 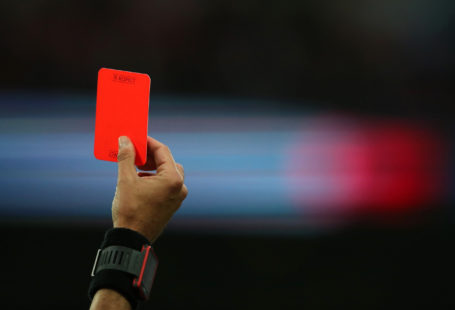