European football clubs do not prefer their participation in stock markets. The first initial public offering of a European football club (Tottenham) was back in 1983 (Ruparelia, 2014). Then, more than forty other clubs have experienced a venture in the stock market (Aglietta, et al., 2010). Most of the football clubs though, made that decision when the situation of the world economy was much better than now. These days only few clubs continue to exchange their shares.

The investors usually avoid purchasing shares of football clubs. As history showed, it is more possible for loyal fans to purchase rather than people looking to make a fortune in the stock market. Furthermore, the last decade’s emergence of Russian, Chinese and Arab Billionaires interests in football has led to the absence of proper management structure (Sarkar, 2017).

The research conducted to prove, that football clubs’ daily performances and managers’ decisions affect their share price. So if you are interested to invest, you have to predict the future of your selected club. The only prerequisite is to know about European football and how the managers of the clubs usually act.

Mourinho was announced from the media as the next head coach for Manchester United, in the last days of May, 2016 (Communications Department, 2016). David Moyes, Ryan Giggs and Louis Van Gaal did not create a competitive team. The unexpected absence from the Champions League Qualifying Round was one more sign, that something should happened to make the club great, again. That period the Red Devils had reached the lowest share price from the first months of 2013 (Year of Ferguson’s withdrawal). The following months with “Special One” sitting on the bench and Paul Pogba returning in Manchester, its share price had an obvious increase.

In the early days of April of 2015 was announced that Borussia Dortmund and Jurgen Klopp would parted their ways in the summer (Honigstein, 2015). A month later they finished 7th in Bundesliga and just entered Europa League via third qualifying round. That was the worst place BVB has taken since 2007-08 season when it finished 13th. The coach’s departure clearly affected its share price in the stock market. The expected economic damage moderated by an outstanding secret insurance deal. The only German club in stock markets had to make revenues for its shareholders, so in 2012 agreed to a contract that would save the club from the biggest economic risk in European football, the lost revenues from the Champions League. Thus, in one of the worst seasons in recent history of the club, the appropriate actions of club’s management brought 30% of last season’s revenues when the team played in the Quarter-Finals of Champions League (Underwriter Editors, 2015). Management’s intellect was the main reason why after the decrease, the club had and continues to have a perpetual grow. BVB is probably the most preferable club to invest.

Olympique Lyonnais was winning the Ligue 1 title until the 2008-2009 season. Seven consecutive years had been finishing in front of any other French football club, having at the same time an excellent presence in European matches. In the end of 2008-2009 season the club finished 3rd, 9 points from the top of the league. This fact had consequences in stock markets. Olympique Lyonnais has not win Ligue 1 since that period.

In 2014-2015 season, the club competed the favorite for the title Paris-Saint Germain. After the loss from Saint-Etienne with 3-0, Olympique Lyonnais took 7 consecutive wins and the expectations for the trophy increased. These expectations affected the stock prices positively. Yet, some months later the club did not meet its expectations (finished 3rd), and the prices fell again.

The most known football club in Netherlands, Ajax, has all these years a consistent presence in European competitions. In 2015-16 season, Ajax was eliminated in Europa League Group Stage. Its absence from the knock-out games was a shock not only for the fans, but also for the shareholders. The good results in Eredivisie gave the hope that Ajax could finish the season with a trophy. The price was incresed but in the last match against De Graafschap the result was a draw and the Championship titles was slipped from the club. The unexpected loss of the trophy stopped the steadily increasing stock price.

The most successful years of Silkeborg, a Danish football club, were between 1994 and 2001. In 1993-1994 season the club won the trophy of Danish Superliga and after two years (1996) the club won the UEFA Intertoto Cup. These two titles in 2 years were the last because the next seasons were catastrophic. Silkeborg relegated from the Superliga four (4) times and its best season was in 2010-2011 when the club finished in the 5th seed. The stock price, threw the years, presents exactly the successful years of Silkeborg. The current situation of the club is showed by the volatility of share price.

On 11 April 2017, the tour bus of Borussia Dortmund was attacked with roadside bombs in Dortmund, Germany. As the bus ferried the team to the Westfalenstadion for the first leg of their quarter-final against Monaco in the UEFA Champions League, three bombs exploded. One of the team’s players, and a policeman were wounded, but the strengthened windows of the bus prevented further casualties (Macfarlane, et al., 2017). The suspect hoped to make profits off attack, purchasing 15,000 put options. The more the stock price would dropped, the more lucrative his gains. The plan was to kill or injure all the players so the value of the shares would fallen considerably. His mission failed and the decrease reached only 7%. The floatation is presented by the next graph (Eddy, 2017).

Investing in a football club has nothing to do with sporting bet. Investments are long-term and the revenues affected from a combination of results, management’s decisions and economy, generally. Someone knows about european football clubs and how management usually acts, has good chances to make revenues from stock markets. The correlation between the performance in the pitch and the share price is obvious and some people would try to take advantage of this fact.

The pictures of stock prices’ volatility were taken from marketwatch.com 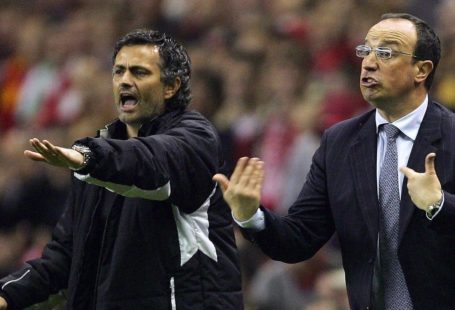