This article presents the monthly top-10 short researches that our Research Analysts published on Statathlon’s Social Media in January. This month’s wrap up contains various topics: Table tennis in Asia, Annual Injuries per sport, Back half vest type, Polymeric foam and many more…

7/1/2018: Shooting Distribution in 5 major European Soccer Championships looks surprisingly consistent in comparison with the last year’s results. The results below are hierarchical presented:

11/1/2018: Today, more and more professional football clubs are making a shift from grass to artificial turf football pitches. Its weather-independent playability and low-cost maintenance have made this type of surface quite popular. It is common in United States, Scandinavian countries or other countries with extreme low temperatures. Young Boys (Switzerland), PEC Zwolle (Netherlands) and Boavista (Portugal) are just a few examples of teams using stadiums with artificial turf for their home games.

In 2010, FC Lorient (together with AS Nancy Lorraine) became the first club in Europe’s top – 5 professional leagues to play home games on artificial turf. The results of this action were quite beneficial for the club as other teams struggled when they had to play away against FC Lorient.

23/1/2018: There are numerous people whose daily routine consists of doing sports. Apart from the exercise of the body and the improvement of physical shape, doing sports entails risks relating to serious muscle or orthopedic injuries. According to recent researches, the sports in which people are prone to serious injuries are football, individual exercise, rugby, cycling and basketball.

In football, the annual injuries are estimated to 229.008 per year, while the children between 5 and 14 years old suffer the most of them (44.6%). In individual exercise (such as running), 365.797 people are getting injured every year. From these injuries, the 56% are adults from 25 to 64 years old. Additionally, 420.581 people are injured every year by playing rugby. The most unexpected result of the research is that the 51.2% of the rugby injuries is suffered by children (5-14).

24/1/2018: Table Tennis is a regular feature of South Asian culture, as it is much more popular there than anywhere else around the world. Simply speaking, the Asian’s Table Tennis success is a function of two factors: depth of talent and quality of coaching.

Children learn to play from a young age and are recruited to join. In many Table Tennis training camps hundreds of teens are coached together and are practicing long hours every week. There is a tremendous depth of talent and widespread availability of coaching and facilities.

In general, Chinese players have won the men’s World Championship 60% of the times since 1959. At the Olympic Games of 2008 in Beijing, at those of 2012 in London and at the last Olympic Games of 2016 in Rio, China won all possible gold medals in Table Tennis. (Single Men/Women, Team Men/Women). During the above-mentioned last 3 Olympic Games, Asian Countries have won 31 of the 36 possible medals.

3/1/2018: Amongst some of the most popular team sports worldwide (football, basketball, volleyball, rugby union and ice hockey), football and ice hockey are probably the most intense in terms of heart rate.

Concerning the rest of the previously mentioned sports, the AHR during a volleyball game is usually between 155 and 170 bmp and in rugby union and basketball games between 160 and 175 bmp.

It is also interesting to take a closer look at the average heart rate of a Formula 1 driver or a marathon athlete. Their AHR is usually between 170 and 180 bmp, but they compete more than 2 hours non – stop.

4/1/2018: Ballet is thought to be an exclusive female activity, as the main interest focuses on the female curves, contours and shapes. Notwithstanding, it consists an alternative training method for professional athletes, especially during the offseason, when they still enhance their physical condition for a long and painful season.

Ballet provides numerous benefits for the human body. It helps to the alignment of the posture, improves the flexibility of the muscles (involves static and dynamic stretching) and the ability to control the balance of the body. Scientific researches have proved that ballet also affects a person psychosomatically. Someone who takes ballet lessons burns approximately 600 calories per session and is relieved from stress.

In U.S.A the examples of athletes who used to take ballet lessons, in order to improve their body abilities, are many. Steve McLendon, Herschel Walker and Lynn Swann in rugby, Ray Emery in ice hockey and Evander Holyfield in boxing are only some of the top level American athletes who confirmed that they were taking ballet lessons during their athletic careers.

In Europe, the most significant example is the men’s national volleyball team of Italy which dominated globally in 90s and 00s. The Italian world class players, members of the volleyball Hall of Fame right now, had taken ballet lessons each summer before every big competition. The results were indisputable. 19 Gold, 9 Silver and 5 Bronze Medals in European competitions and World Championships, 2 Silver and 1 Bronze Medals in Olympic Games.

8/1/2018: Roger Federer is considered as one of the best tennis players in ATP history and the man who influenced the game more than anyone else. Since 2013, he has encountered problems with back injuries which could have minimized his chances of staying at the top tennis level. Although the back problem still exists, he managed to overcome it by working more his body with core exercises than just doing treatment sessions.

Core exercise focus on either the stabilization, endurance or strengthening of the core muscles. It also focus on the abdomen, the lower abdomen and hips, the obliques, stabilizing muscles, the spine and the back muscles. By training these muscle areas to work together properly, an athlete can maintain proper balance, agility, posture and movement to help the body move efficiently as well as preventing injury.

Top players, as they are getting older, need to train themselves more with core exercises because they use only their body weight without any training equipment or extra weight pressure.

10/1/2018: Winter sports such as skiing, ice skating and ice hockey are very popular activities during the last decades, performed by more than 200 million people annually. However, they involve a great number of risks as falls and collisions are highly probable. It has to be mentioned that a severe injury is almost certain if a group of 10 amateurs ice-skate daily for 2 months.

The most affected areas are shoulders, head, knees and spine. Therefore, in order to produce more efficient equipment for the protection of these parts of the human body, polymeric foams are used. These polymers are actually a blend of Perbunan, Wood Glue and PEVA and altogether consent to the development of a highly adsorbing material. In this way, the resulting fabric is soft when not stressed with high speed, and changes its behavior to a rigid material when a fast stress is applied.

This new soft shell technology is also characterized by low thickness materials, hence it contributes to the ergonomic aspect of the whole equipment. Moreover, since the production process allows to develop perforated structures, polymeric foams have higher complacency from the thermal point of view as well. On the other hand, a big drawback of these polymers compared to the conventional “hard-shell” equipment is their slight sensibility to temperature variations, resulting in partial loss of their properties below -10°C

13/1/2018: Technology has invaded for good in sports recently. One of the latest trends in football trainings is the “black half vest type” which the players are wearing on their chest during the training.

This new innovative technological device has multiple functions and it was developed initially for helping the rugby managers to receive information about players’ performances in training. Nonetheless, it is also being used by many top football clubs for bringing out optimum performances from players in order to schedule their workload and set goals.

The “black half vest type” contains a mind-boggling list of components including four processors, a state of the art GPS module, a 3-D accelerometer (which determines direction as well as speed), a 3-D gyroscope (that locates balance and orientation), a 3-D digital compass, a long range radio and a heart rate receiver.

In other words, it comprises a wearable technology that provides multifarious statistics such as speed, acceleration, deceleration, heart rate and dynamic stress load among others. The results are uploaded in a data base which the coaching staff administer and analyze for each player of the club individually.

14/1/2018: Heat production of the human body highly depends on the type of exercise. Metabolism comprises the processes that the body needs to function such as breathing, blood circulation and contraction of muscles. The overall energy expenditure is defined in MET [J/(kg.s)], a unit that determines the metabolic rate of a physical activity.

The metabolic rate of a person at rest is delineated as 1 MET. Sports like golf and ice skating require relatively low amounts of energy, expressed in 4.3 and 6.2 MET respectively. On the other hand, activities like swimming, tennis and basketball increase significantly the metabolic rate, as during these sports energy expenditure is around 8 MET. The most consuming athletic activity is running (with a velocity close to 13 km/h), action that actually has MET levels above 13.5.

In such arduous activities, the core temperature of an athlete may rise up to 40 °C, which could lead to impairments of the central nervous system. The above mentioned situation is exemplary depicted in Gabriela Andersen-Schiess’ finishing at the Marathon of the Olympic Games of Los Angeles in 1984, where she was unable to coordinate her muscles at the very end of the race. 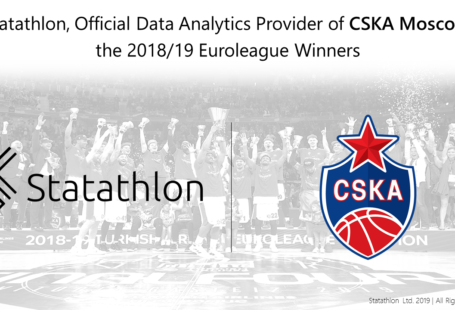 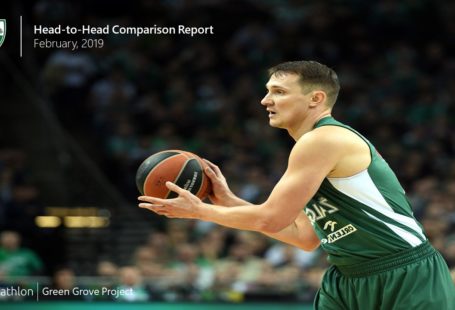 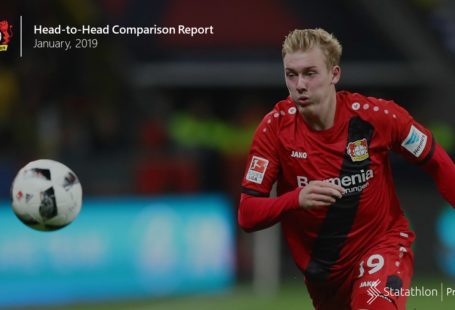