A Comparative Analysis of Centers’ Blocking and Rebounding Abilities

Over the last decade, there have been many changes in the approach of the game of basketball such as the rise of the 3-point shot, the new-age centers that shoot the ball efficiently from medium and long range and the introduction of positionless basketball. Despite those changes, rebounds and blocks still are considered as key aspects in any player’s game.

This research examines the rebound and blocking abilities of the Zalgiris Kaunas’ Brandon Davies and Antanas Kavaliauskas in comparison with the other 2017-2018 Top 8 frontcourt duos. It also introduces 2 indexes, rebound rate and block rate, as computed by Statathlon’s team.

Getting an offensive rebound and running the fast break could find the opponent’s defense completely disorganized and reward you with easy points. Grabbing the defensive rebound does not let the opponent have 2nd chance shots and extra possessions. A block is a successful attempt to stop the opponent from scoring and probably yet another opportunity for a fast break offense.

Because of center’s height, their position near the basket and often their athleticism and physical attributes, it is expected of them to excel in the abovementioned fields. When a shot is attempted, the defending center should always have in mind to box out the opponent, to better position himself under the basket and jump at the right timing to ensure the defensive rebound. As far as blocks, timing and athleticism are by far the most important skills a center should have to be considered a blocking specialist.

Green Grove Project uses more than 30 performance indexes, which have been split into 4 main categories based on their complexity (basic and advanced) and content (individual and team). Two of them, Rebound Rate (RR) and Block Rate (BR) will be introduced and analyzed below.

Rebound Rate is the estimated percentage of rebounds collected by a player while on floor. The higher the value is, the better rebounder the player is considered. It is probably the best index to compare rebounding ability of two or more players because it takes into account both playing time and total rebounds contested (as the latest is not constant in all games or even period of playing time).

Block Rate is the estimated percentage of opponent’s field goal attempts a player blocked while on court. It is a good indicator of defensive (and particularly blocking) skills of a player and very useful especially for Power Forwards or Centers, who are the ones that are usually more likely to block a shot.

Rebound Rate (RR) is an advanced index aiming to evaluate rebound ability in a relative and not absolute manner. The mathematical calculations besides personal rebounds, include player’s playing time, his team’s rebounds as well the opponent’s rebounds in order to encapsulate all the available information from basic metrics into a number. Likewise, Block Rate (BR) takes into account the Field Goal Attempts (FGA) to give a more clear perspective on the blocking abilities in comparison with the actual shots attempted by the opponent team.

The comparison of the case-study duo of B.Davies and A.Kavaliauskas against the competition will be done with the ratio of the mean Rebound Rate or Block Rate values of each duo. A ratio equal to 1 indicates that the duo under consideration had similar performance with the Zalgiris’ one, while a value higher than one suggests the superiority of the former.

The graph above illustrates that 6 out of 7 teams (the combination of the two Centers) performed better in the rebound category than the Davies-Kavaliauskas one with the exception of  Panathinaikos’. Notably, Thomas Robinson and Malcolm Thomas of Khimki Moscow were 57% better, while in average the other Center duos  proved more skillful in that part by 24%, meaning the average Ratio of Rebound Rate is 1.24.

Regarding the blocking ability, the Greek powerhouses Olympiacos Piraeus and Panathinaikos Athens were almost on the same level as the Lithuanian team. Their respective ratios at 1.08 and 1.14 are not as high as the average Ratio set at 1.93, meaning that the other duos were almost twice as strong. It is worth mentioning that Gustavo Ayon and Walter Tavares dominated the competition with their outstanding performance in the blocking department. Specifically, they outperformed Davies and Kavaliauskas by being 2.4 times better in the last season of Euroleague Basketball.

In this part of the research, the author will focus on the matches between the 8 playoff-qualified teams. The aim is to determine whether the above-mentioned observations also apply to individual matches of Zalgiris Kaunas against the competition. In the graphs below, the blue columns represent the mean Rebound Rate or Block Rate values of Zalgiris’ Frontcourt in two Regular Season matches, home and away, against each Top-8 team. In the same manner, the red columns display the mean Rebound Rate or Block Rate of each Top-8 teams’ Center duos against Zalgiris Kaunas. For example, in the two matches between Fenerbahce and the Lithuanian team both Center duos performed almost in the same level as their mean values are 9.25 and 9.45.

The biggest differences from the mean Rebound Rate of Zalgiris’ Center duo are observed in the Home and Away matches against Real Madrid and Khimki Moscow with 8.4 and 8.7 respectively. Those two teams performed way better in terms of rebounding throughout the season in the direct comparison with the Lithuanians and that fact played a significant role in the matches between them. Another intriguing fact is that although Panathinaikos’ rebound performance throughout the season was calculated at 9% worse than Zalgiris’, in the games between them managed to have a higher mean Rebound Rate value. Overall, the pattern of this graph, combined with the the results of the first Part of the analysis, suggests that Zalgiris’ Froncourt is not on the same level with the competition’s best Center duos and struggles to compete.

In the matches against Khimki Moscow, B.Davies and A.Kavaliauskas had 0 blocks combined while the Russians had 10, hence the resulting difference in the graph above. It is worth noting that Khimki was not the team with the biggest difference in terms of Rebound Rate Ratio in the direct comparison with Zalgiris. Although Real Madrid and Baskonia were  the superior teams in the blocking department throughout the season, they did not manage to clearly outperform Zalgiris in the matches against each other. The infrequency of blocks comparably to rebounds does not allow for any evident conclusions.

To sum up,  Zalgiris’ Frontcourt duo, B.Davies and A.Kavaliauskas observed to be below average in terms of rebounding and blocking abilities and in some cases failed to compete at the highest level. This fact, despite being concerning for the Lithuanian board, should be considered open for improvement. It will be a challenge for the coaching staff to plan personalised training sessions and establish the use of cutting-edge tools in order to maximise their player’s potential but the rewards from succeeding could be of great value and importance. 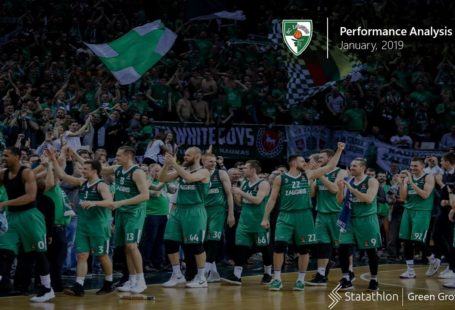 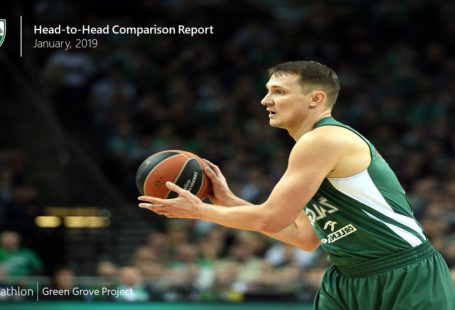 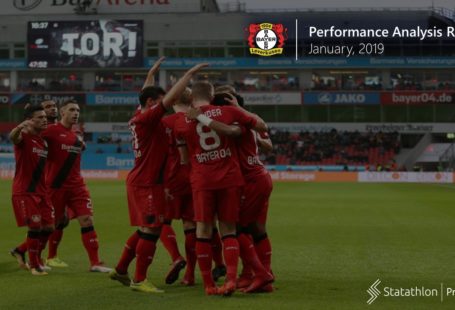